There is a place where a transparent soundproof wall is installed beside the highway. While traveling at night, when the light source of the car’s headlight is reflected on a bent, clear soundproof wall, the light spot drew a circle at high speed. Reflected images due to sunlight during the day tend to be casually unknown because there are too many reflections, but in the nighttime, the image by the reflected light source emphasizes individual movements. Then, the image with the movement cut out as a piece becomes a different way of seeing from the image you usually see. Also, although we are conscious of the object itself in the field of vision to some extent, there are many unconscious things about the image of the object through the reflection.

In this work, I will focus on focusing on such a “potential image in the field of view” and grasp daily necessities as a projection device for that purpose. Various daily necessaries arranged in space are illuminated by a laser light source moving in the lateral direction and the depth direction installed on the ceiling, so that they become images of light reflected by each of the shapes, and there It will be projected on. By watching the image produced by the modeling, the viewer will explore the relationship between shaping and the image, and the myriads of statues lurking behind the shaping. 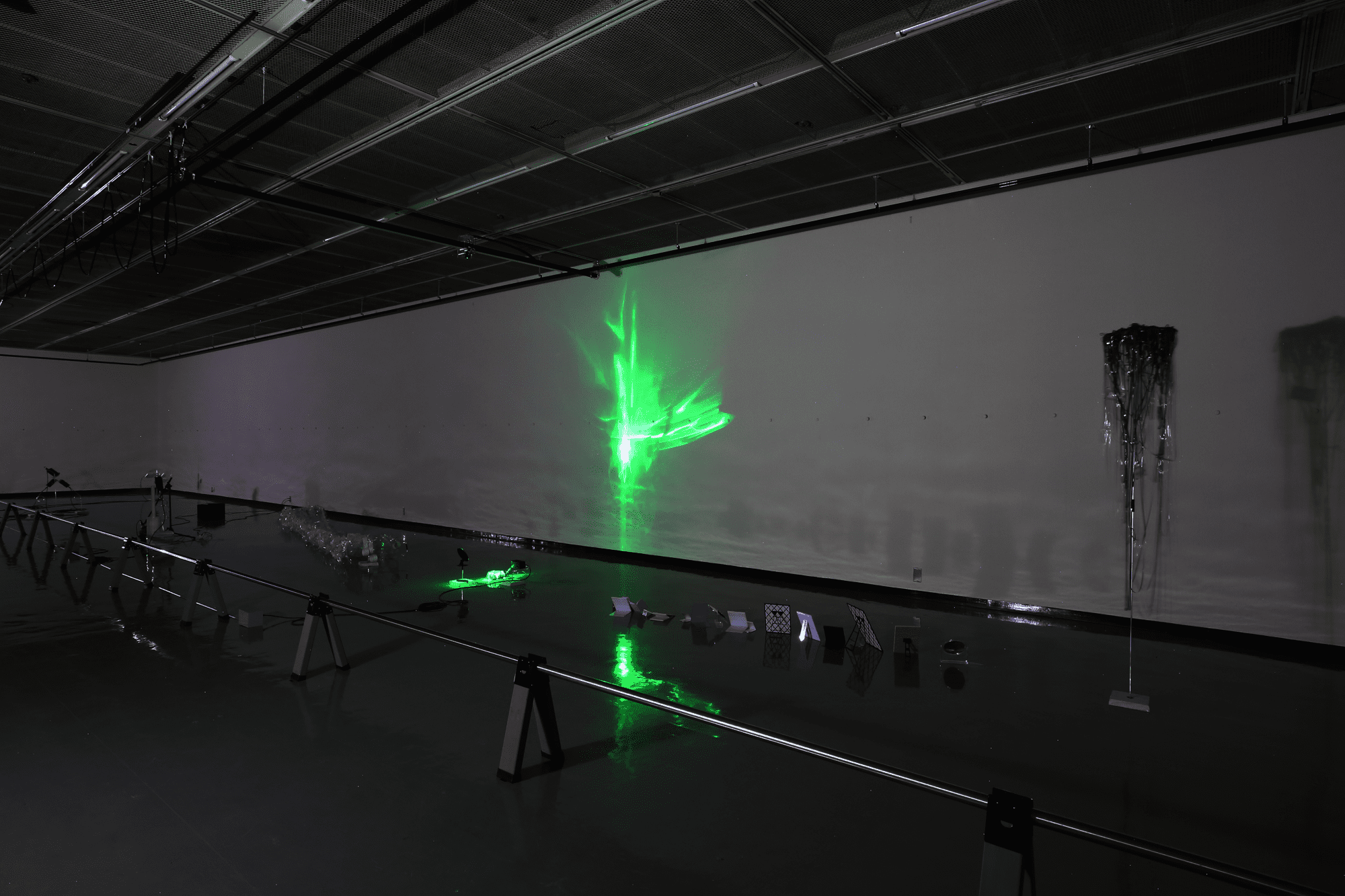 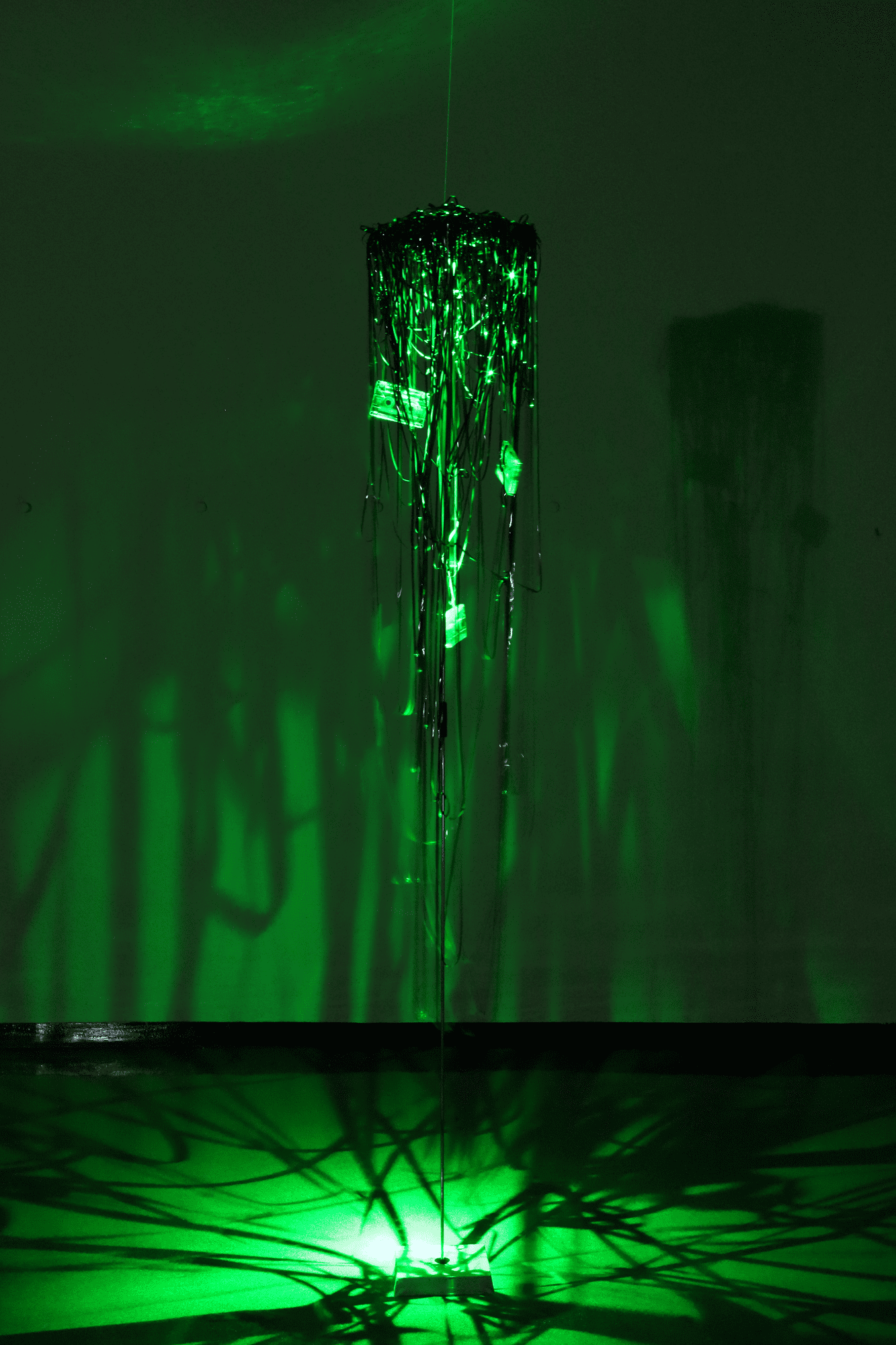 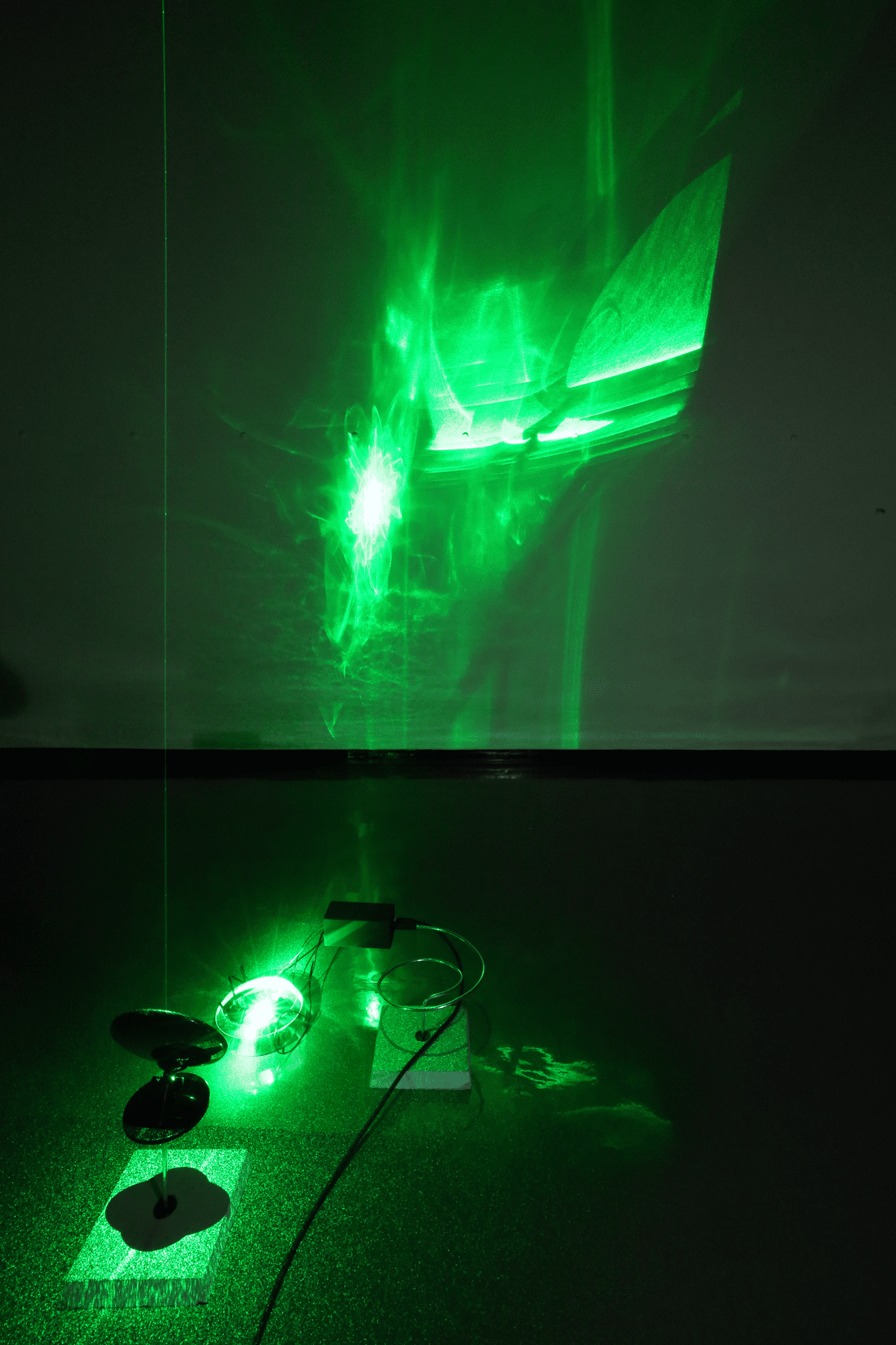 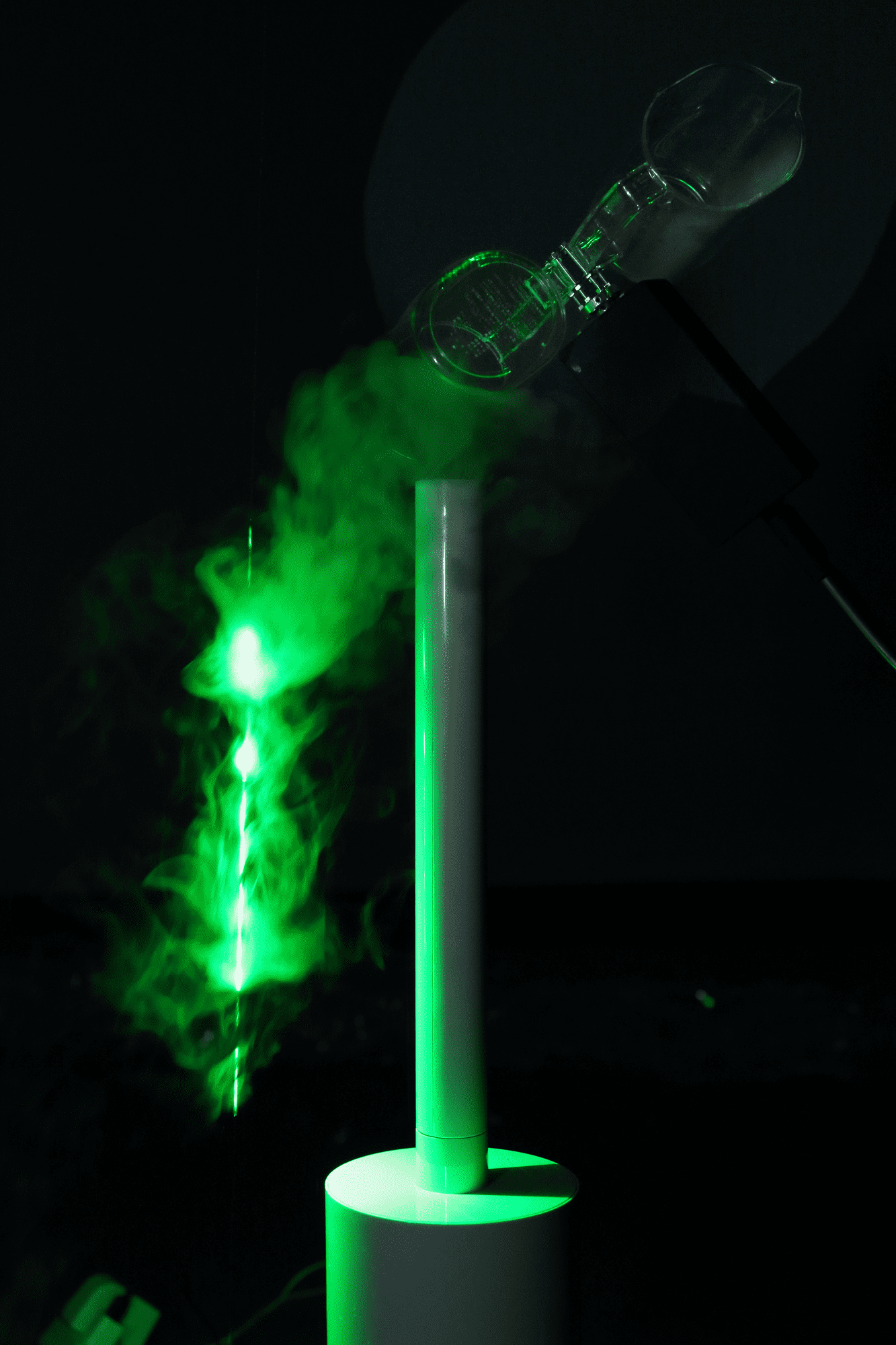 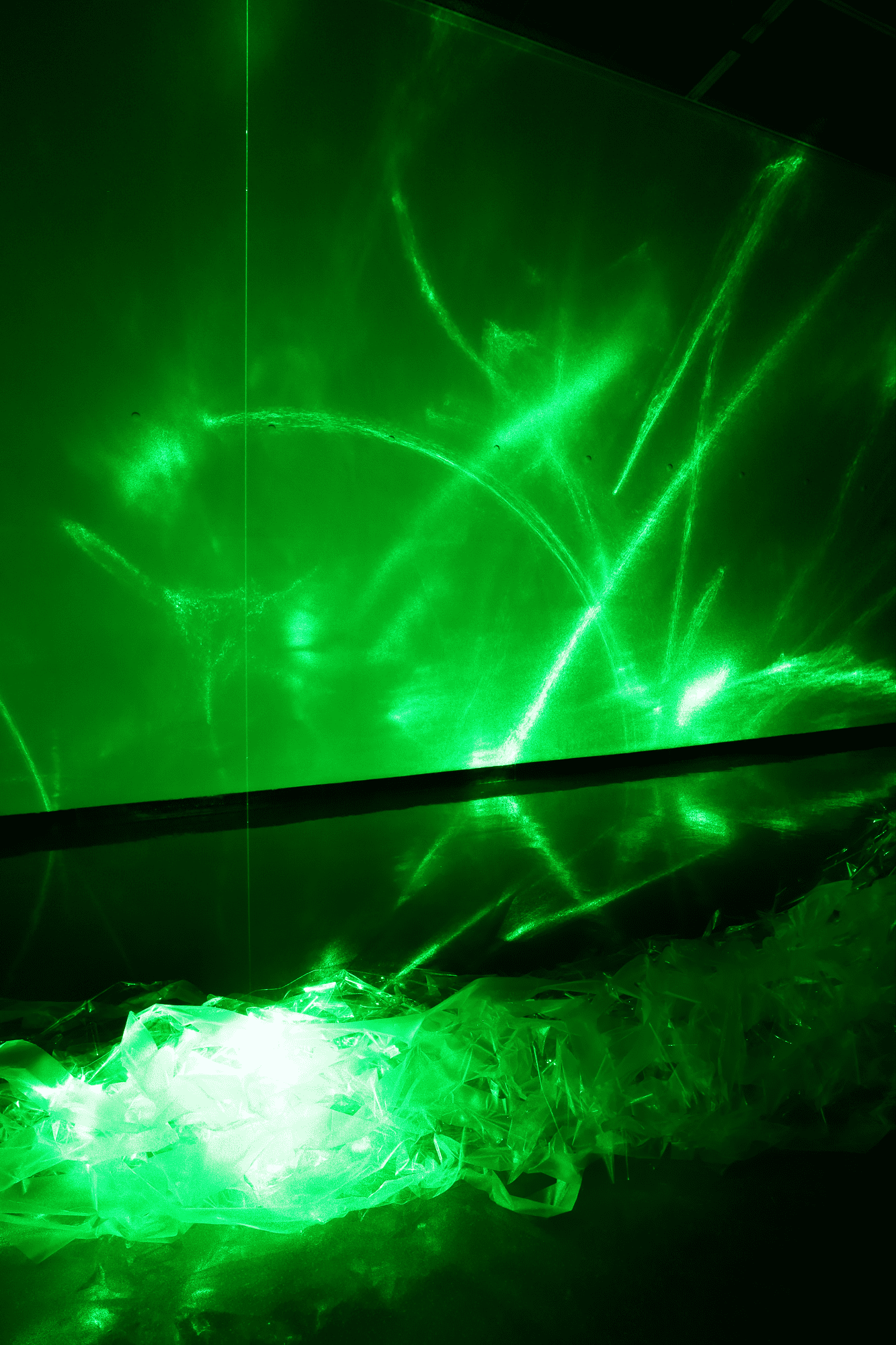 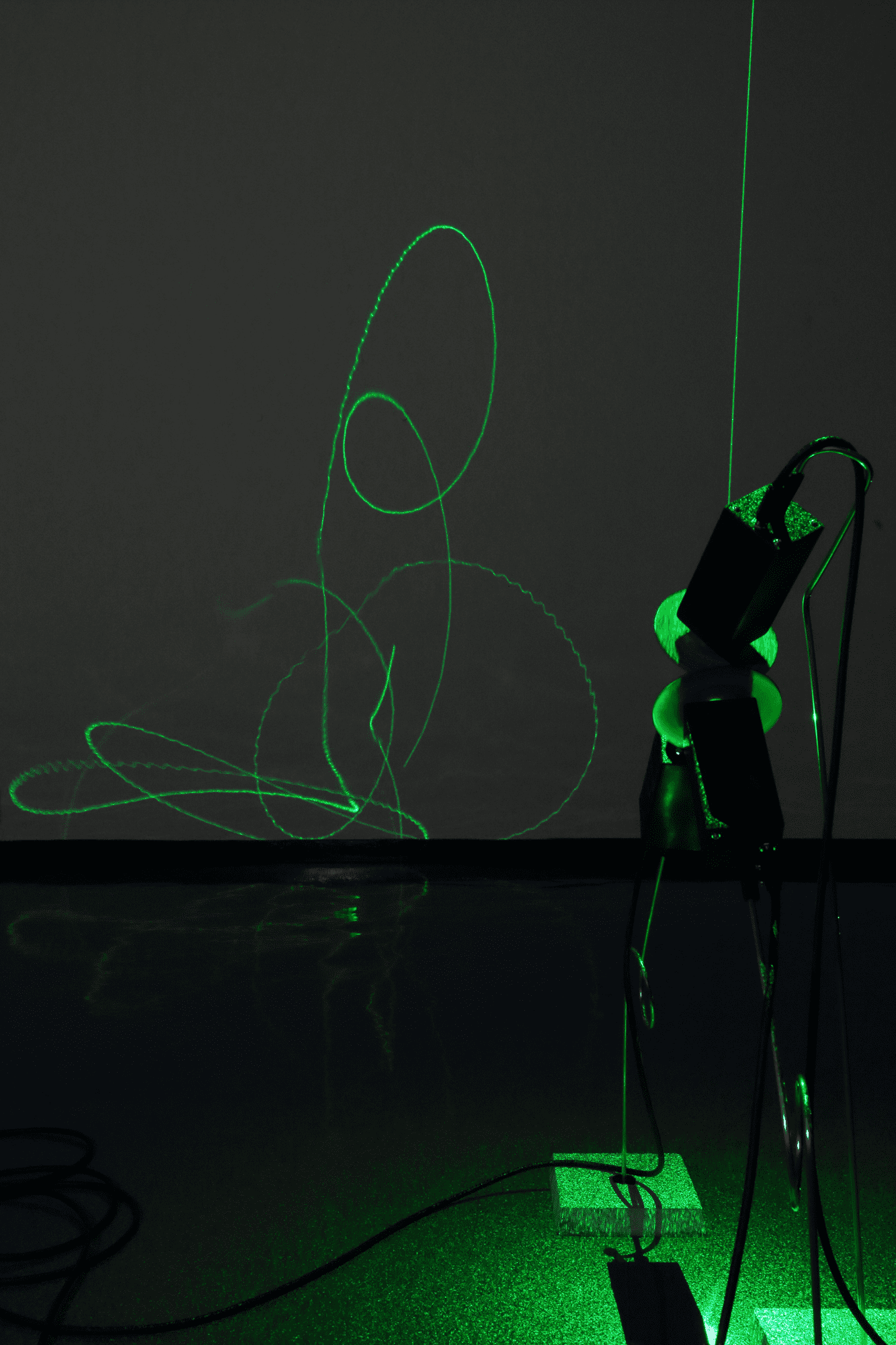 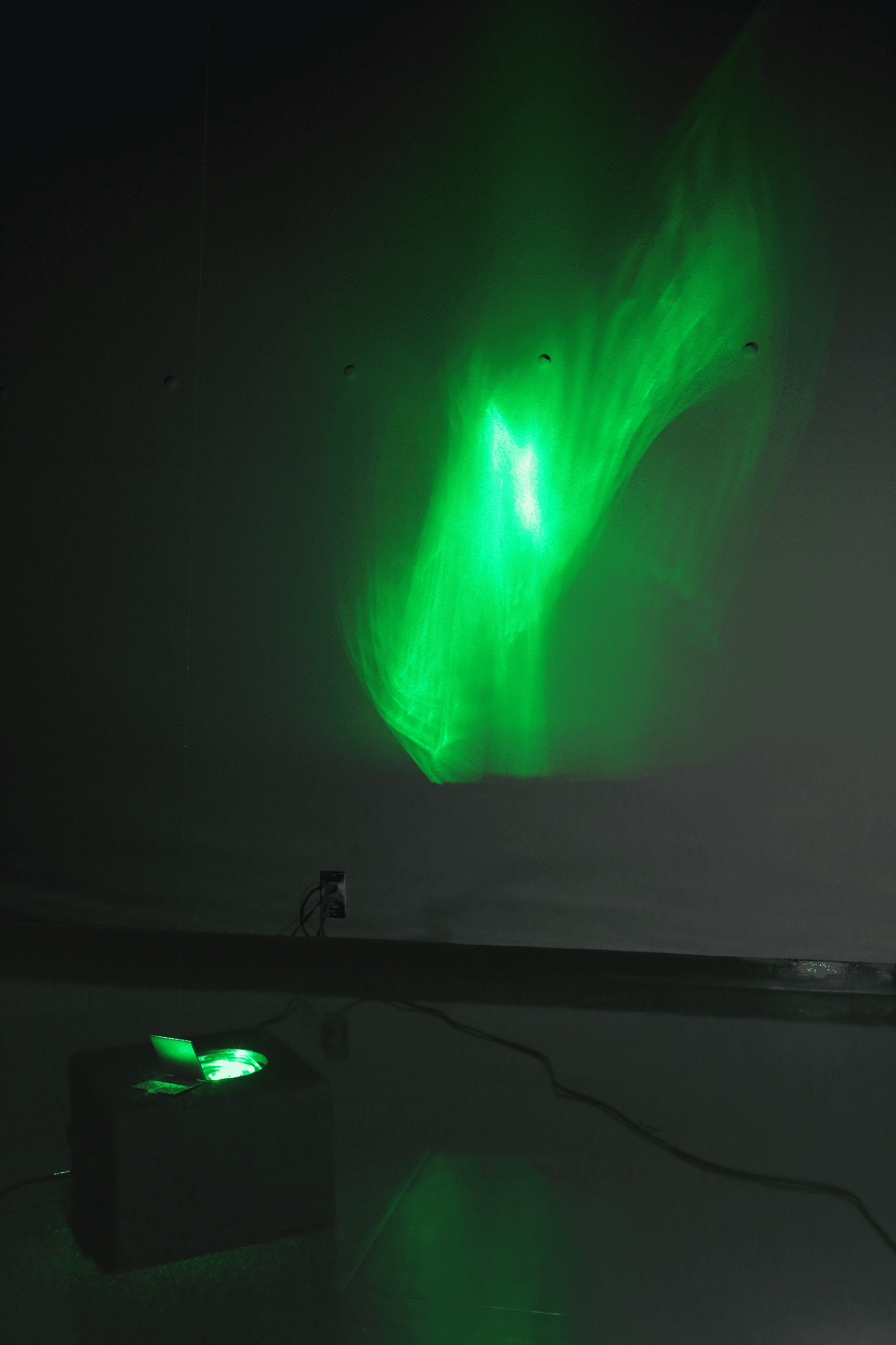 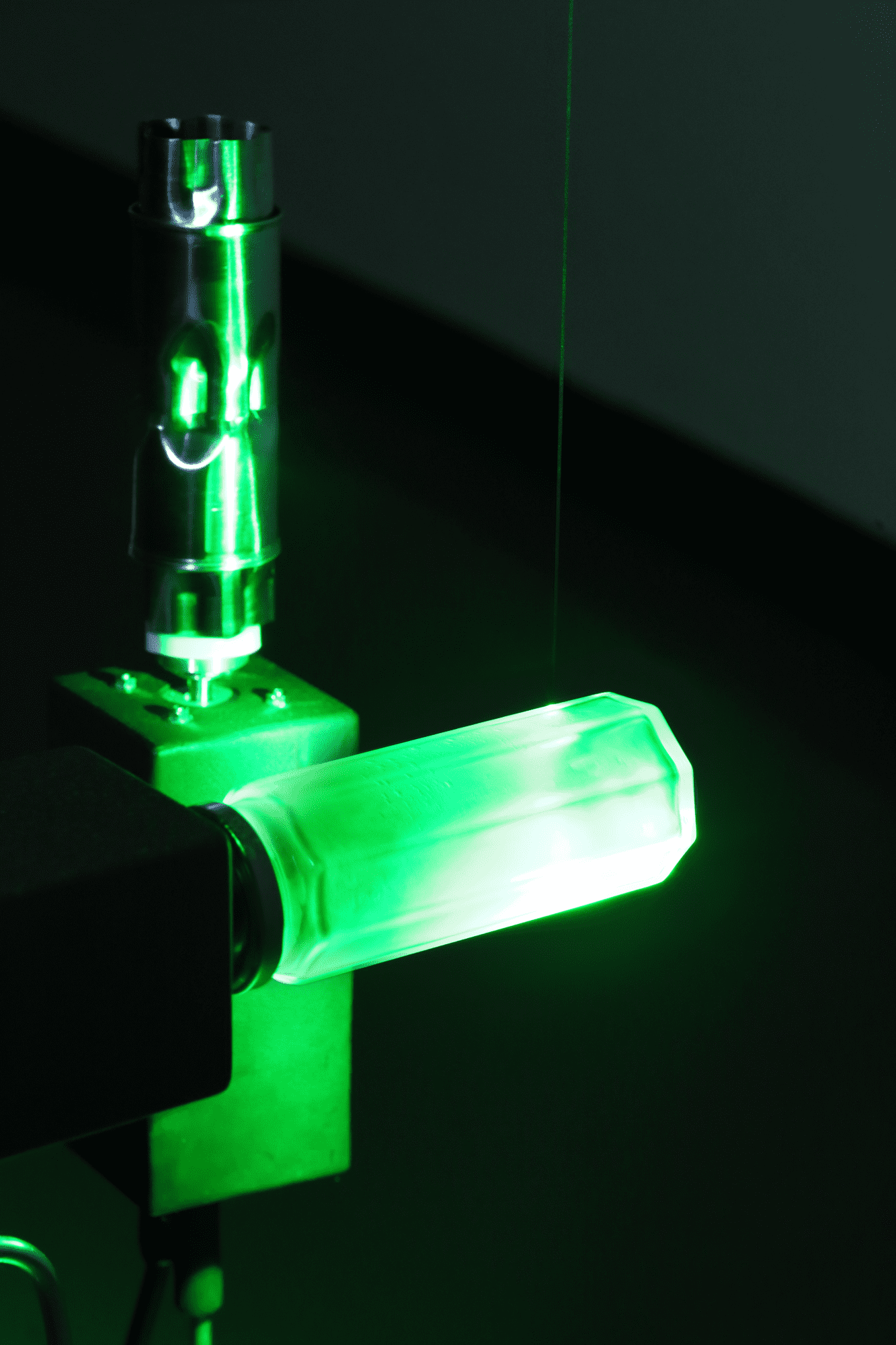 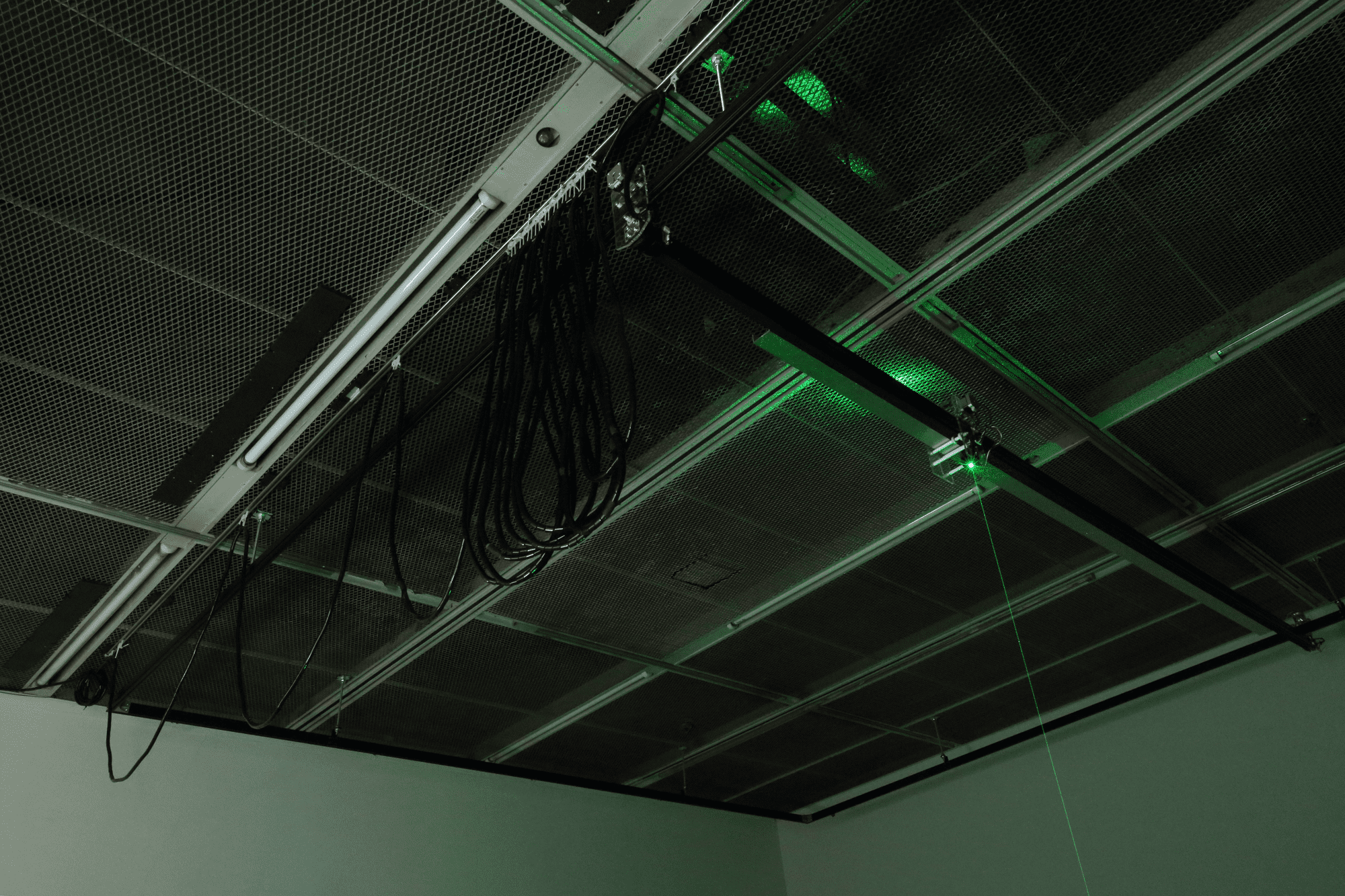 KESSEN -beyond electronic parts and arts-